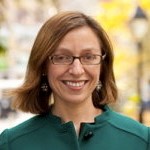 Board Member
Allison Devore is a philanthropic advisor, social investor, and entrepreneur. Allison believes that CYC is an innovative solution to the challenges of job growth and poverty alleviation for working families. With over 20 years of experience as a senior executive and consultant, Allison most recently has served as an advisor to a variety of ventures like the National Museum of Mathematics, Jumpstart, and Global Girl Media, among others. Prior to this, Allison was the Executive Director and Board Member of StreetWise Partners, engaging professionals from companies like Credit Suisse, General Atlantic, Amex, and Google to coach and support low-income career seekers. Prior to this she managed business development for Verite, a recipient of a 2007 Skoll Award, which helps corporations find innovative environmental and social solutions to workplace problems in over 60 countries. She also held senior management roles at the Center for Women & Enterprise, one of the largest entrepreneurial venture centers in New England, and CitySoft Inc., a recipient of MIT’s Socially Responsible Business award. Devore began her career as a strategy consultant for Accenture and SFCG/KPMG’s communications and technology practice. She was a fellow in McKinsey & Co’s nonprofit initiative and has been an advisor to Investing in Media that Matters – at Sundance, MusicMatters, America Forward, the U.S. State Department’s President’s Interagency Council on Women, and Stanford’s Socially & Environmentally Responsible Supply Chain. She currently serves on the Board of Directors of Spark MicroGrants and the Women’s Leadership Board at Harvard and lives in NYC with her husband and two sons.

Whitney Hischier is a lecturer at the Haas School of Business in the center for entrepreneurship as well as with the NSF I-Corps program and a global business program for veterinarians. Her students include MBAs, undergraduates and executives. She has been working with CYC since one of her undergraduate students created and launched the first chapter. Whitney is passionate about helping startups and small businesses succeed, as well as providing students with real-world opportunities to learn consulting and business skills. Prior to teaching, Whitney was the Assistant Dean for Executive Education at Haas for nearly a decade where she grew the business 10x. Whitney was formerly a management consultant in the US and Europe for Deloitte, KPMG and ABN Amro working on the change management aspects of large system integration. She started her career working in a startup toy manufacturer in a backyard poolhouse in Woodside, CA. She holds a BA from Stanford in International Relations and an MBA from UC Berkeley with a Certificate in Healthcare Management and a focus on Nonprofit management. She lives in Berkeley with her husband and two kids, 3 dogs, 2 cats and when not working can be found at the barn with her horses.

Board Member
Alan Ross is a faculty member with the Business and Public Policy Group at the Haas School of Business. Alan has been a lecturer with the school since 1990 and also teaches in the political science department of the University of California, Berkeley. At the Haas School, he teaches Legal Aspects of Management and the Social, Political and Ethical Environment of Business. He also teaches Undergraduate Colloquium on Political Science, a class he started as an undergraduate student in 1981. The course has grown to become the most popular political science classes on campus and regularly features political luminaries as guest speakers. In 2005, he was awarded the Haas School’s Earl F. Cheit Award for Excellence in Teaching. Prior to joining the Haas School, Alan served as a manager for Clinton Reilly Campaigns, running election campaigns for many candidates for congress and the state legislature. He later served as vice president and general counsel for Almerlee Inc., a private investment firm in San Francisco, where he is now president. In addition to his teaching duties, Alan has served on the Board of Directors of California Common Cause, a nonpartisan nonprofit organization which advocates for honest, open, and accountable government and citizen participation in democracy.

Kiron co-founded the first university chapter of Consult Your Community in 2013 and serves as CEO. Kiron strongly believes in the power of young people to make a significant impact in their communities, which is why she has been involved in and helped found several national and international community development ventures since she was 16. She remembers when she was a child listening to her dad casually converse with local business owners about their operations and was always intrigued by the complexities of starting and running a business from the ground up. Hearing these stories as well as those of her own family’s business in India triggered a desire to get involved in the local community in a hands-on way, leading her to find opportunities to work as an independent consultant, creating promotional materials and websites for schools, small businesses, and nonprofits since she was in middle school. Kiron graduated with Distinction from UC Berkeley with a BA in French and BS in Business Administration from the Haas School of Business. She started her career at PwC as a management consultant working primarily with healthcare clients.

Thomas Flynn has served as the COO of CYC since 2015, working hands-on with chapters and small business owners across the country to ensure the successful realization and seamless delivery of CYC’s core offerings. Thomas co-founded the Columbia chapter of Consult Your Community in 2013 and served as both the Vice President and Director of Development during his tenure. He was immediately drawn to CYC’s mission, coming from a background where his parents fostered entrepreneurial spirit by founding and including him in several small businesses in Downeast Maine. Thomas currently works as an investment analyst in a special situations private equity firm in New York City called Sandton Capital Partners and previously was an ABS Investment Banking Analyst at Bank of America Merrill Lynch. Thomas holds a BA in Financial Economics and History from Columbia University where he graduated magna cum laude and with departmental honors. 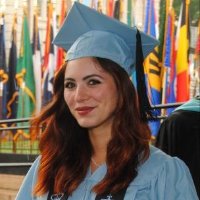 Erin has served as the CFO of CYC since 2015, overseeing all fundraising and budget management for the organization. Through her work with the finance team, Erin was also inspired to create Fund Your Community, which adds a capital component to CYC’s core advisory services by connecting lenders to CYC small business engagements. Erin is an Investment Banking and Growth Equity analyst at Broadhaven Capital Partners and previously worked as an Investment Associate at Bridgewater Associates. Erin holds a BA in Economics and History from Columbia University where she was a John Jay Scholar. 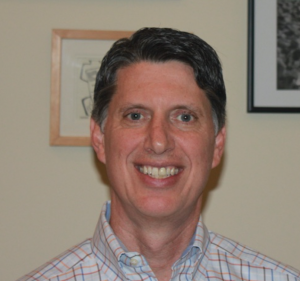 Brad Angevine is an experienced business leader with a background in Consumer Packaged Goods (CPG) marketing and innovation. He began his career at large CPG companies, such as Cadbury Schweppes and Unilever, then started to gravitate toward smaller, more entrepreneurial companies. He spent over a decade at Apple & Eve, an independent natural and organic juice company, where he led marketing and new product development. While there, he was a key leader in growing the company from $80 million in annual sale to over $250 million and developed Fruitables, a breakthrough new fruit & vegetable blend that became the most successful new product line in the company’s history. Brad also has significant international business experience, having worked for Parmalat, a global milk and dairy company, in their US headquarters, as well as ITO EN, the largest green tea company in Japan. At ITO EN, he was their SVP of North America Marketing and Innovation, receiving an award for Best New Tea Product in 2015 from BEVNET, a leading beverage industry trade journal and website. Currently, Brad is an adjunct professor at Long Island University – Brooklyn Campus, where he teaches Entrepreneurship. Brad has also been a judge in the Collegiate Echo Marketing Challenge, where he has evaluated marketing plans submitted by college entrants in this competition from across the country. Brad is an avid marathoner, and actively involved in the Achilles International NYC Chapter, an organization dedicated to helping disabled athletes participate in running the New York City Marathon, and other athletic events in the New York area. He lives in Westchester County, NY with his wife and college-aged son. He holds a BA from William & Mary and an MBA from the Fuqua School of Business at Duke University.